Another ongoing project, one that quite honestly will not, and should not, ever end

I have been a car person for as long as I can remember. As an engineer, I also need to take everything apart and see how it works. Having a car most definitely feeds into that.

I was always fascinated by Subaru cars, and even more so by their competition, Mitsubishi. I saw some rally racing when I was younger and was astonished by how fast these people can go, and how fast they go over any surface. Once I was old enough I started looking into cars and after finding that used Evo's were next to impossible to find in the Northeast, I looked into Subaru's and fell in love.

I bought a 2004 Impreza WRX Wagon that was good looking, structurally sound, and within my budget. The budget thing did not last long. Within the first 6 months, the car had a full header-back exhaust and an off-the-shelf tune for the new parts. I fell in love with the sound and the power in an all wheel drive package. Fast forward a year later and the car had much more done to it. I had removed the intake manifold (quite the job if you're familiar with Subaru boxer engines), ported and polished the tumble generator valves, port matched the intake to the TGV's, and the TGV's to the head, 1000CC injectors, all silicone hoses, a large top mount intercooler, and of course, a larger turbo. I had the car professionally tuned and it was putting out 322hp/338tq to all four wheels. It was intoxicating to drive. At this point I wanted to choose a direction for the car. The next step was handling, and I really had two options. Raise it and rallycross race, or lower it and autocross. I haven't seen any dirt tracks around me and I was going to drive the car daily, so I decided to lower it. Coilover suspension, stiff tophats, anti-sway bars, strut tower bars, endlinks, and fresh bushings all around with some sticky tires thrown on, and I had a car that felt like it could handle any corner. It was absolutely perfect. I started messing around with tuning the car myself, starting with a map for the car ported over from a Group N rally map pulled from actual race cars. I started tuning for all my parts, and setting up to run a flexfuel setup of pump 93 gas and e85 ethanol.

One rainy day driving to work, traveling with traffic as I did every day, everything changed. While going around a relatively gradual bend on an elevated roadway, the car started hopping on expansion joints in the road and the back end came out. If you have ever felt an all wheel drive car go when it loses grip, it doesn't slide like a rear drive car, it just goes. The back end rotated and hit the wall, and that was it. That small repairable hit was enough for insurance to determine that the car was a total loss. It was not old enough that the car could be bought back without a salvage title, so the process of finding a replacement and swapping the parts over had begun. 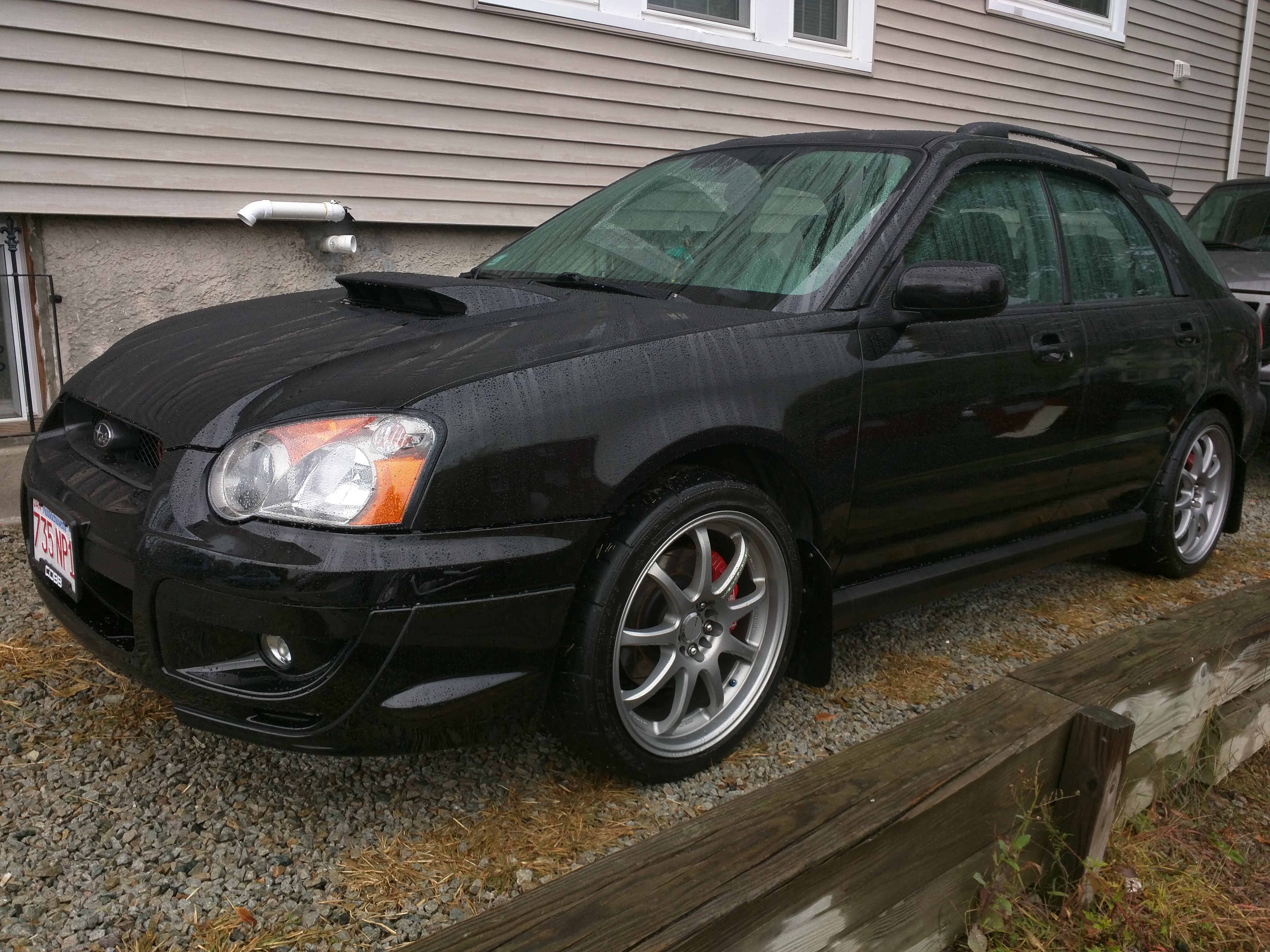 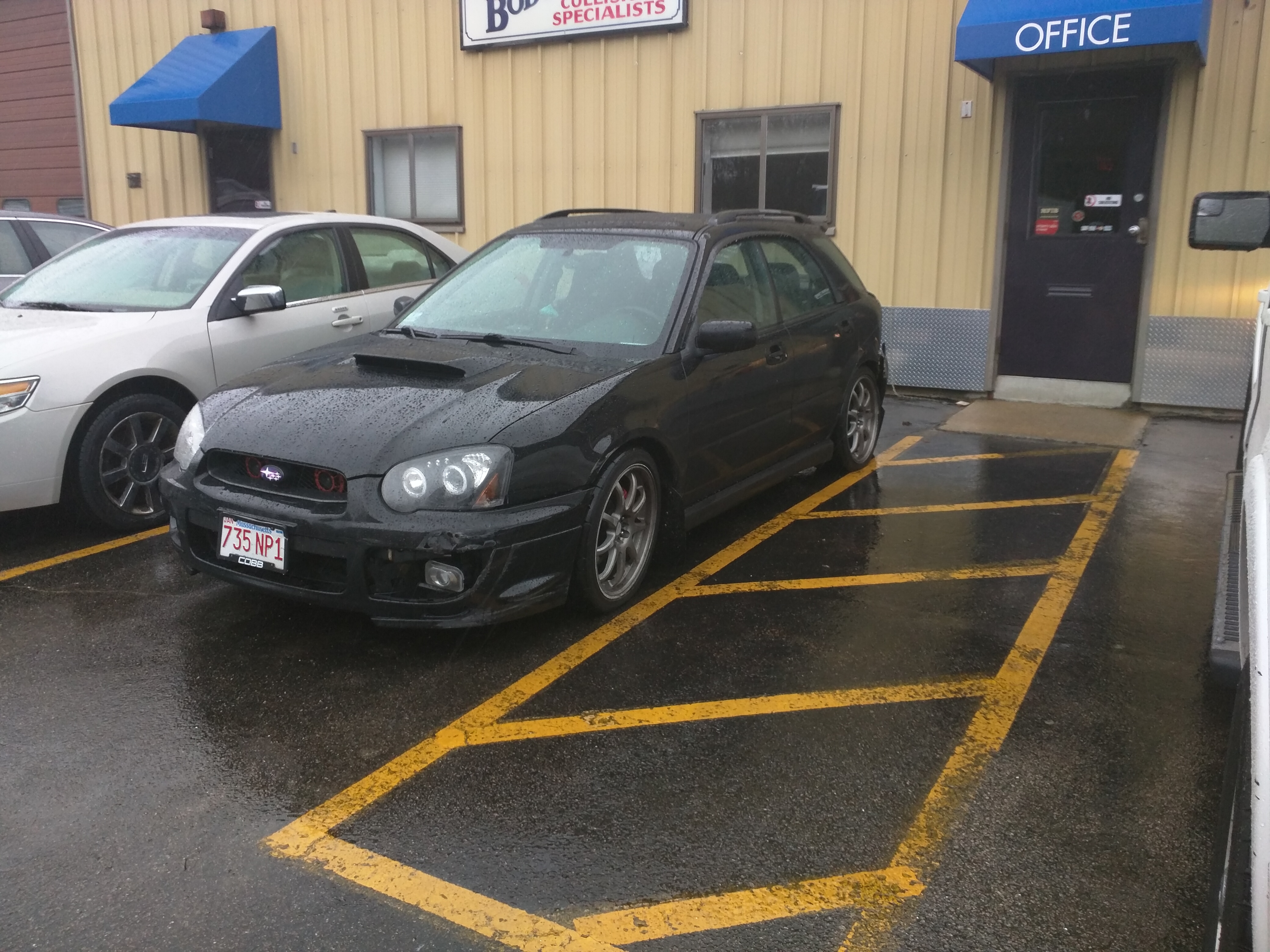 Well "Vault Boy" wasnt a very catchy name. I decided to rename her recently to Shiba. A little background on that. My fiance and I bought a house together, and she also decided to start using the app Rover to watch dogs. One of the first dogs she watched was a 2 year old Shepard named Shiba. Shiba was a very kind and loving dog, but shed a ton, CONSTANTLY pulled me on walks, and had a bit of an attitude when she got tired or annoyed. I think that is entirely fitting for the Subaru. The car leaks a bit of oil, pulls insanely hard on the road, and when I don't treat her right, she doesn't treat me right.

Purchased with the money that insurance gave me after Lela's tragic death, the journey of building an autocross car starts once more. The only modifications made thus far have been swapping over the brakes and exhaust, and a few new exterior styling parts that came from the Japan-only STI version of the car.

I have finally finished swapping parts into the car. Once again, we have a big ol' turbo, big ol' injectors, a ported and polished intake manifold, coilovers.. The whole nine yards.

I think the coolest part of the whole build was the final step: tuning. I tuned the car myself with nothing but my laptop in the passenger seat and some careful pulls. I even got a Groupe N rally ROM to work on my ECU, giving me access to features even new cars won't get. Spark cut 2-step, anti-lag, rotational idle, meth-water injection, flex fuel; the list goes on and on. It is just the coolest thing ever to get in the car, start it, and be able to say, "I made this run, from scratch." 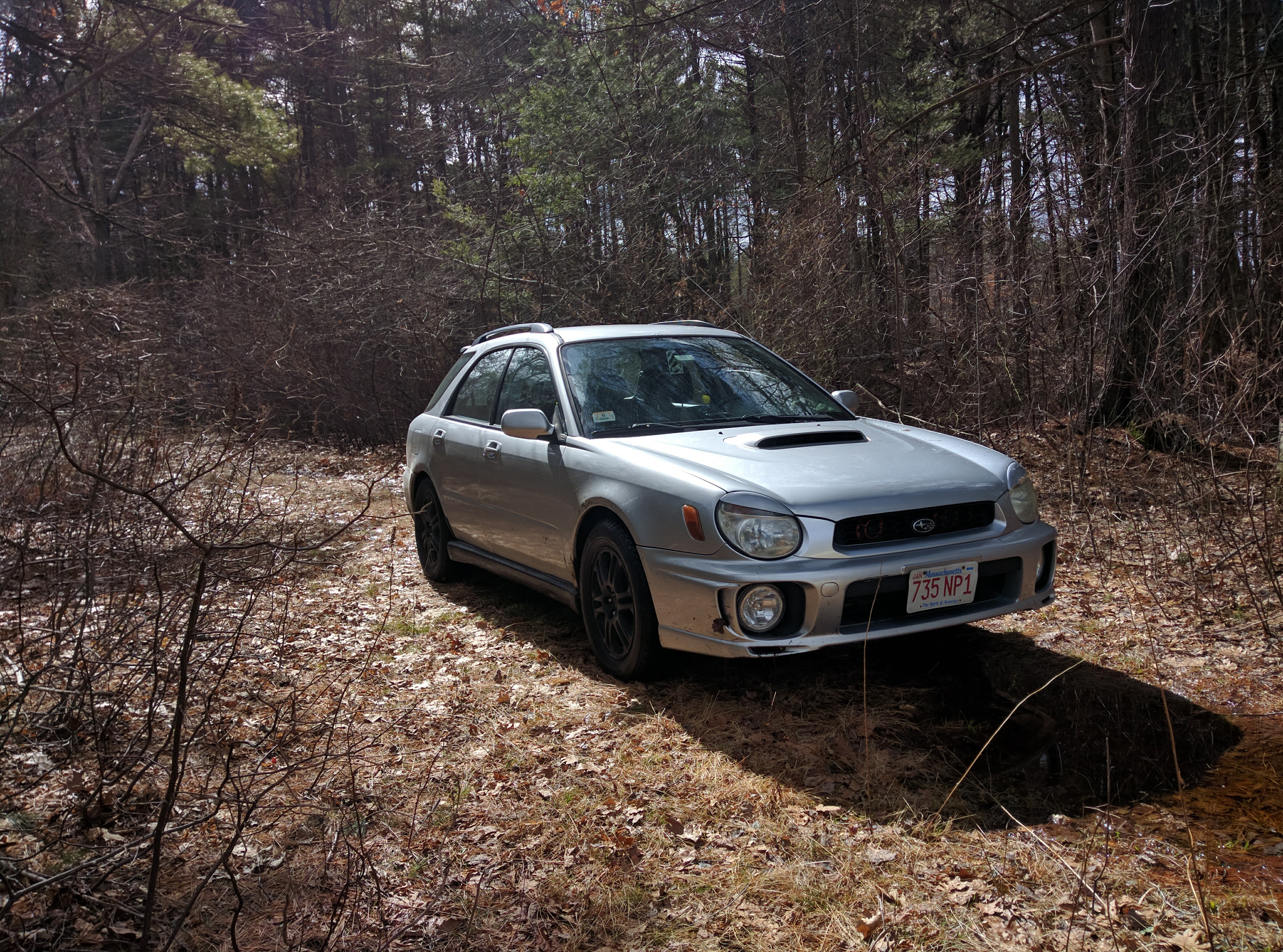 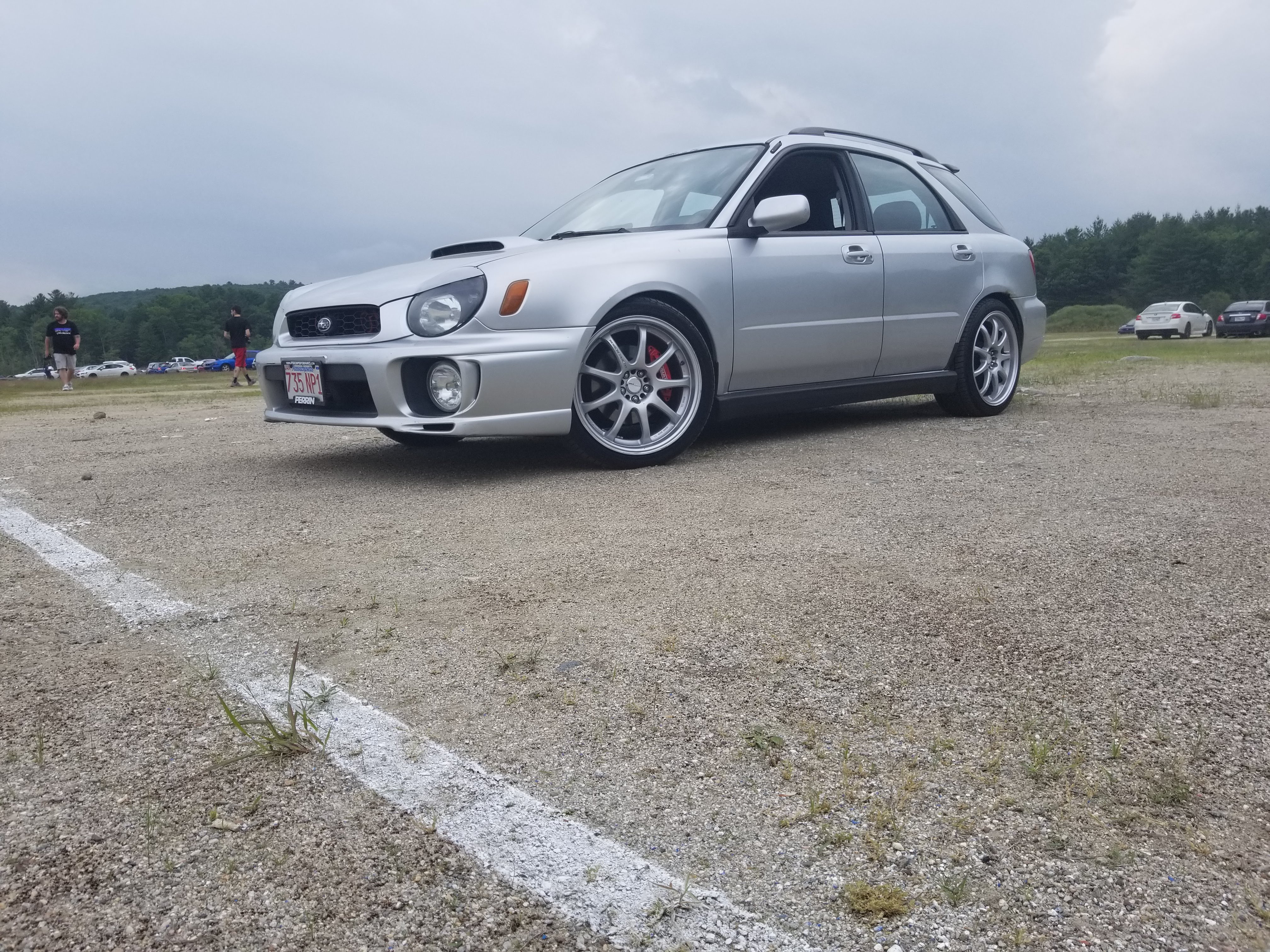