An overview of the semester long project in Simulation Based Design

The main project of the Simulation Based Design course involved analyzing and redesigning an engine hoist to meet specifications and design criteria.

Students were provided a full assembly of an engine hoist, pictured to the right. The first step was setting up the configurations of the hoist for testing. The three main configurations were boom lengths for 0.5 Ton, 1 Ton, and 2 Ton load limits. Each load limit had two sub configurations; the boom extended up as high as the hydrolic piston can go, and the boom horizontal.

After setting up configurations, SolidWorks was used to find the lengths and angles of the boom and locations of all of the pins in the assembly. Using this data, hand calculations were performed to find all loading conditions and subsequently the estimated stress and strain on the assembly.

It was determined that the original assembly would need to be modified to handle the 2 Ton load and reach the required deformation spec. The group added a truss to the outer boom, and beefed up the wall size of the two booms.

By making these changes, the factor of safety increased signinficantly, and stress throughout the assembly reduced dramatically. After a few iterations, the maximum deflection was only changing by about a thousandth of an inch per design change. It was determined that the project specifications for deflection were unreasonable, and meeting the spec would cost too much for the hoist to actually be produced.

The project was successful in determining the changes that needed to be made to the hoist to make it safe for use. The product specifications were modified to allow for the deformation that occured. In the end, the results from the SolidWorks simulation were within a reasonable margin of our hand calculations. The difference in the calculations was attributed to the fact that SolidWorks solved the loading equations in three dimensions, whereas we treated the hoist as a two dimensional object. 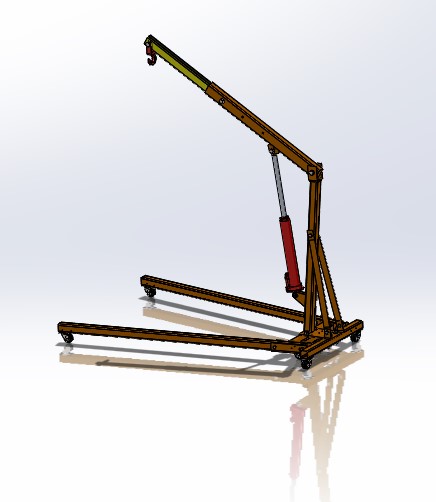 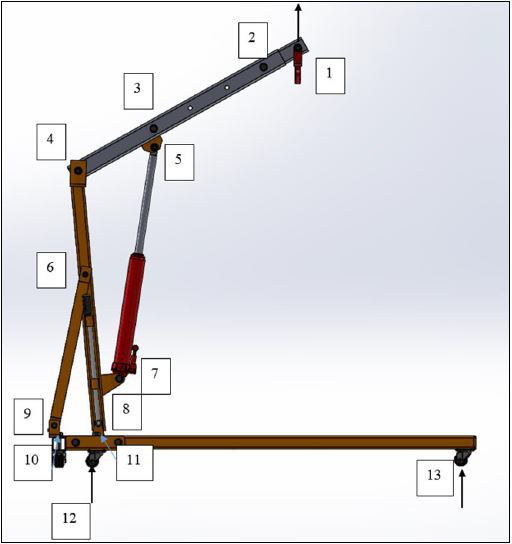 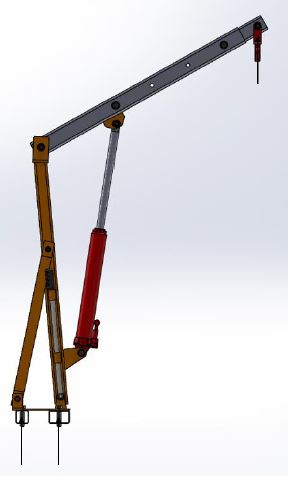 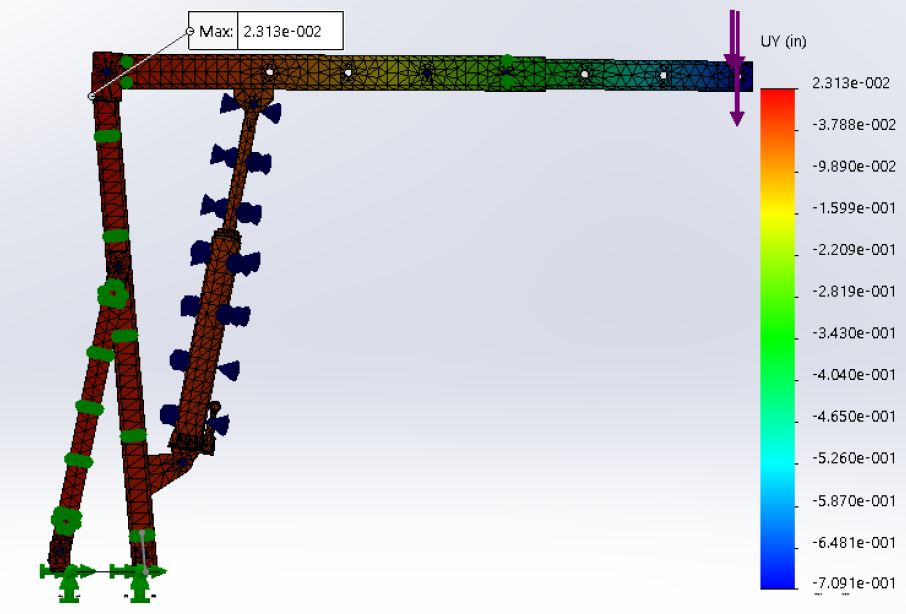 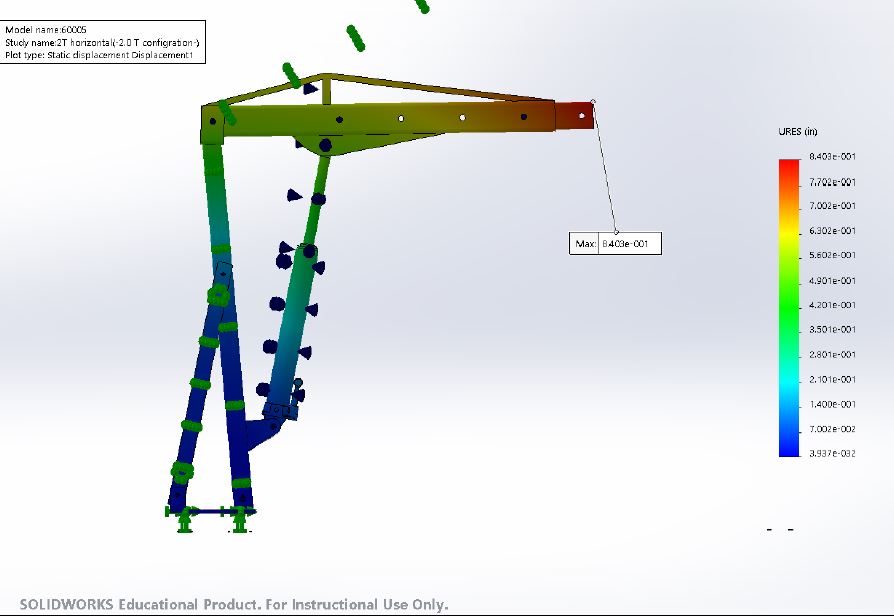